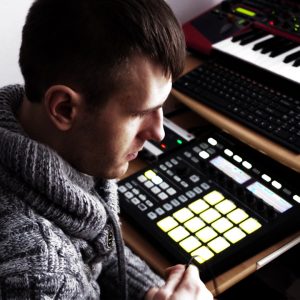 My name is Lukasz and I make music under an alias Drogtech. Currently I live in Poland. My passion to electronic music has started from early age. First I was listen a lot of trance music, slowly move into more progressive and breaks sounds.

Currently I produce in more downtempo and chillout genre with some electronic touch. In 2012 I have released my debut album ?Ordinary Life? which took two years to complete. Its more downtempo oriented with breaks and progressive touch.

In 2013 my track “Around the corner” has been released by label Project Mooncircle at “Uprising” Compilation.

In 2014 has been released an “Anxiety EP” supported by ASC and later this year “Passing Through EP” vinyl only by new independent label re:st.

At the end of 2017 I have started campaign to raise funds to release my new mini album In Search of Unknown on vinyl. It had succeed and the vinyl was released on 24.01.2018.

My new 4 tracks EP titled Seasons will be released 10th of August 2018.

Currently influenced by producers such as ASC, Sam KDC, Tycho, Helios, Hammock and every song with atmospheric background.

You can find me: